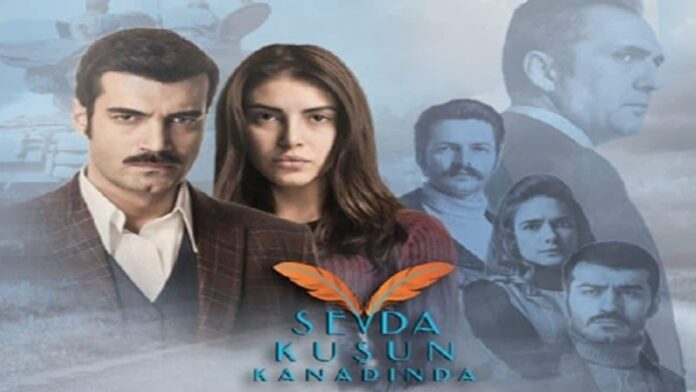 The university in which Arif wished to go, has an intricate environment. The students of that university are divided into two groups. Because of the different point of views, one group favours Nationalism and the other group comprises extremists.

Meantime, the American consul visited Istanbul. A group of extremist has time to spread fear among people. They attacked the car of the American consul. Arif arrived at the spot and saved the little boys. At the moment, he succeeded to cool down the attackers as well. 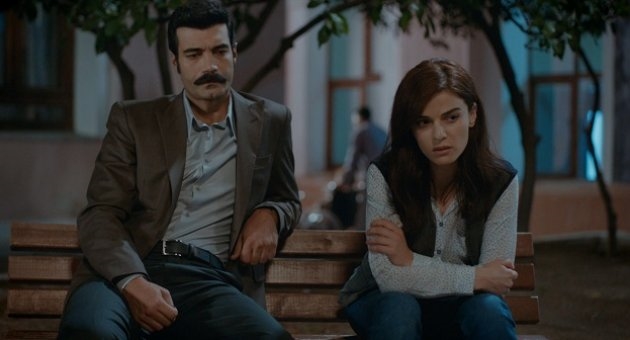 Afterwards, Arif meets with Tumay in a café where an unknown group of people attacked there. Zafar knows about the meeting of Tumay and Arif and now is following them. Zafar is a Former Commander and is the father of Tumay. He also has a bad relationship with his daughter, Tumay. And now is striving to divorce his wife Esma.

Because of university conflicts, Arif got injured. It cannot find out who injured him. However, police gratuitously arrested Arif. Tumay asked his father’s help to bail Arif. But he refused to do any help. Omer is a leader of the Nationalist community in the university. Now they are prepared to give a response to the last extremist attack on American Consul. Circumstances are getting worse with passing time. Suddenly, the police reached the university and Tumay is injured in this overrun.

Arif seeks to visits Tumay but couldn’t meet her. Meantime, Arif and Esma(the mother of Tumay) faced each other and had a talk. Someone got killed and Omer witnessed all this. He then tells Tumay about that murder. 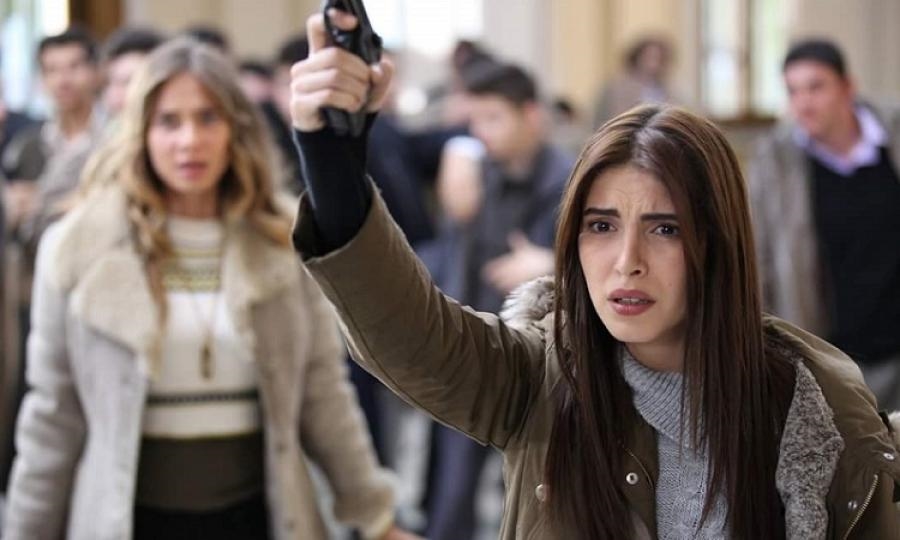 Isik fears Tariq (the father of Arif) and asks Zafar to take action against Tariq. Zafar noticed that his important documents are nowhere in his house. Afterwards, he knows that Tariq has stolen those documents. Zafer finds a vicious person to help in this matter. Suddenly, Tariq disappears, and no one knows about it.

A journalist named Leyla comes to meet Arif and gives some file to him. When Arif was dealing with the files, he gets a piece of news that Greeks attacked Cyprus. This news made upset everyone there. The student association (of Arif and Omer) helps Cyprus. Zafar wanted to get rid of Arif and Omer, as they are on the right path and a barrier to his wrong intentions. Hence, he made a plan to arrest Omer and achieved it successfully. Arif tries to set him free but couldn’t. Later, Tumay requests his father about Omer. Zafer says good things about Omer, which were all wrong.

Arif got suspicious about Zafar and tries to kidnap his son. At the moment, he learns that Zafar knows about his father’s murderer. Isik comes at Zafar’s home and here had time to meet Tumay. She gave incorrect information to Tumay. After listening to all this from Isik, Tumay got suspicious about everyone.

Meanwhile, Arif stops talking with Tumay and centred his attention on finding his father’s murderer. Omer has been secured by his father’s friend. In all these circumstances, Arif knows that Zafar is the murderer of his father. He pledges himself to take avenge of his father. But to kill Zafar was not that easy as he was a Commander. Zafar got information that Arif knows all about him and now will take action against him. Zafar sets a trap for Arif and Omer. They move towards his trap unwittingly. However, admiral tells Zafar that there would be a coup in Turkey. 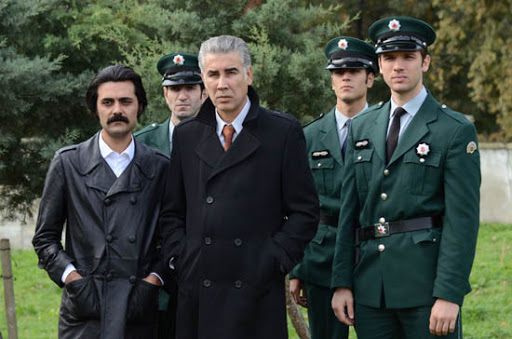 Under Zafar’s plan, Arif got seriously injured in a bomb explosion. Omer tries to find out about the bomber. Here, Tumay learns the bad things her father has done with Arif and his father. Shortly, Arif dies in the hospital. Tumay gets shocked deeply with Arif’s death and attempted suicide by cutting her wrists. Fortunately, the suicide attempt failed.

Powerful people who face Zafar ensures that Omer is free now. Omer was in deep sorrow after the death of his beloved friend. He decides to not leave his murderer until he does not take avenge. For this, Omer leaves the nationalists group and takes Solakli’s position. Omer trapped in the conspiracy of his father’s old friend. Afterwards, he learns about his intentions by Asim.

Zafar’s factory is on fire because of the worker’s strike. Hundreds of people get injured and also dead in this strike. Zafar starts inquiry of the reason for the strikes and looking for the people responsible for his tremendous loss. Meanwhile, the tension between Zafar and Admiral continues. Asim is another trouble for Zafar. He again tries to do his dirty politics to get rid of Asim. 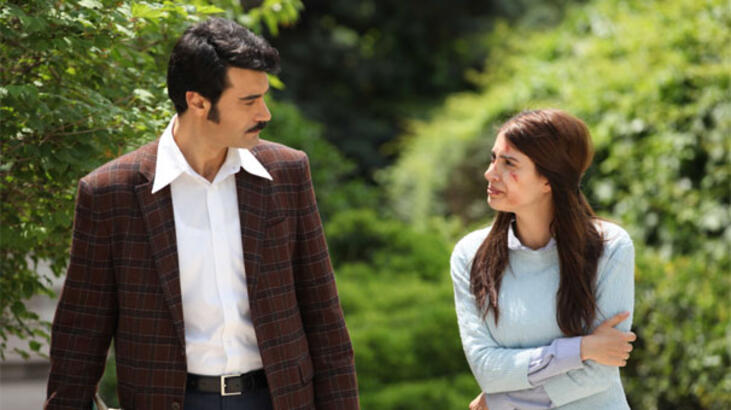 Omer has completely changed now. When Zafar knows about Omer’s intentions, he becomes more troublesome. Omer grows as a mafia and finds himself in a bloody war. Asim was a big supporter of Omer. Zafar now seeks help from agents. Because of this, Asim is followed by agents and they have done everything to stop Asim. Even Zafar and agents threaten him.

However, during this period, Omer falls in love with a woman. Omer strives to save her life after knowing that her life is in danger. To save Filiz, Omer required money. So that he sells his weapons. Though he didn’t want to sell themit was necessary.

On the other side, Admiral decides that this is the suitable time to act upon his plan. Admiral takes action to do strikes and launch new fights. Omer imprisoned as a result of these conflicts. However, this imprisonment wasn’t for the long time and they sets him free. Soon Omer trapped into the Admiral’s conspiracy as he gets out of the jail. This was the time for Admiral to end his plan by making a coup successful. Soldiers hold their positions in the university due to many conflicts. Armed conflicts arises between soldiers police and students. Admiral carried out his plan successfully and is about to kill Omer and Isik.

At the moment, Leyla listens the Admiral speaks regarding coup and his other dangerous plans. He suddenly goes to meet Zafar and tells him about Admiral’s intentions. Keeping in view all the circumstances, martial law is announced. To do a coup successfully, Admiral wants to kill the chief of staff. However, Zafar already aware of his ill intention awaits Admiral with a gun in the chamber of the chief of staff. Zafar convinces the chief of staff to strike the coup.

However, Admiral learns this and tries to act as fast as possible. But his plan gets flopped when Omer comes in between them. The chief of staff and his commanders publishes a memorandum. Hence, the prime minister resigned by himself in the memorandum. In this way, the chief of staff prevented his country from martial law. Now all the conflicts end and everything gets clear.