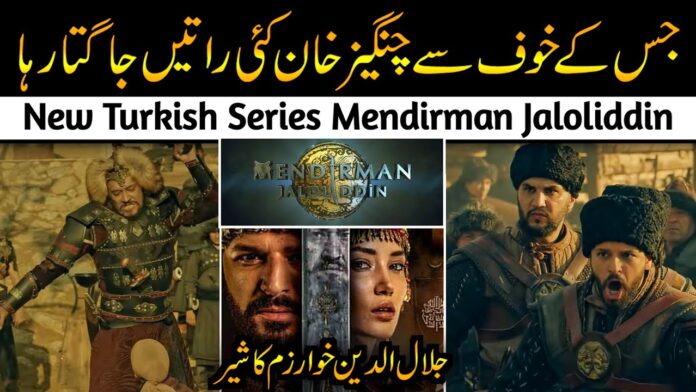 Mendirman Jaloliddin is a new Turkish series which is carrying a huge budget of 7 million dollars. This drama is a joint production of two Muslim countries, Turkey and Uzbekistan. Uzbekistan’s Minister of culture Ozodbek Nazarbekov gave the key idea of Mendirman Jaloliddin, which couldn’t be completed without the well-known director and producer Mehmet Bozdağ.

Mehmet Bozdağ has already become the centre of attention because of Ertugrul Ghazi and Kurulus Osman. Then his coordination with Uzbekistan made the audience more curious to know what is special inside it.

Mendirman Jalolidin is a  real story of a lionhearted man, Jalaluddin Khwarizm Shah, who was the barrier in the way of Genghis Khan. Mehmet Bozdağ and his team portrayed the drama while creating a real background. They built a Khwarizm Shah palace on an area of 3500 square meters.

Many streets, residential houses and a large market were built to reflect the 13th century. The shooting of Mendirman Jaloliddin was carried out at the “Bozdag Film Plateau,”. It is the atmosphere of the 13th century created by Bozdag Film Company with the help of 1200 workers.

Desert Battle scenes were filmed in the Aksaray Province, which is 750 Kilometres away from Istanbul. Over 200 people worked on the costumes. They made the dresses with much detail to let the audience see the correct picture of old times.

The filming of the series was on the way, but the world pandemic influenced the serial. During quarantine days, the filming was being carried out according to plan and now it almost has done.

The agreement was signed between Orient Finance Bank Uzbekistan, Best Organizer LLC and Bozdag Film based on sponsorship. Uzbek actors Tohir Saidov, Javohir Zokirov, Akbar Khoja Rasulov, Said Remetova and Yulduz Rajabova played a role in the drama. The director of this drama is Mehmet Bozdağ while the screenwriter is Nazar Eshanqul. 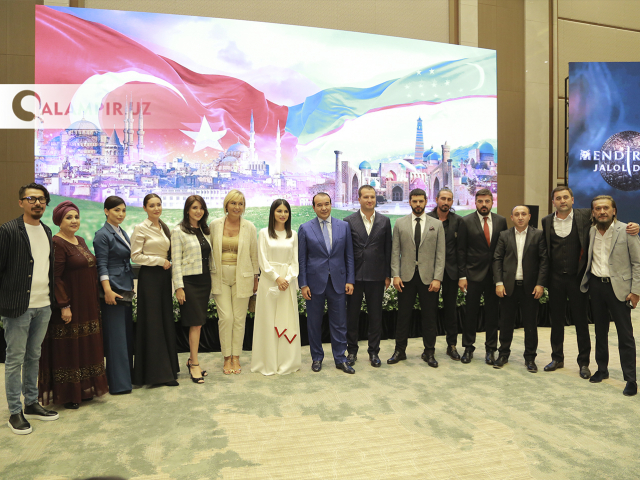 Turkish and Uzbek government officials were invited for the presentation ceremony, and they were shown the highlights of the drama. All of them really liked and appreciated the efforts of both Muslim countries. The premiere of the series is scheduled for 14 January, which is Uzbekistan’s day of Defender of the Fatherland.

Jalaluddin Khwarizm Shah was a Muslim ruler and barrier in the way of Genghis Khan. We know him as the lion of Khwarizm Sultan.

Genghis Khan said these words about him: 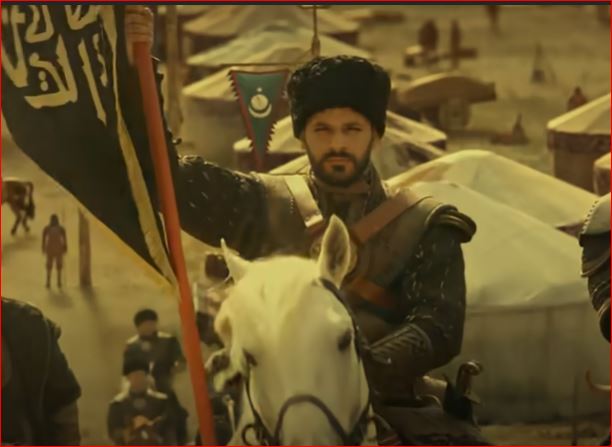 Alauddin Khwarizm Shah was his father who was a quick decision-maker and dull-witted person. Alauddin first disturbed the Genghis Khan by attacking to his army. It was Sultan Alauddin who was blamed for the Mongols attack on Muslims because he assassinated three ambassadors of Genghis Khan against the advice of his son. After that Genghis Khan left china and invaded Khwarizm.

It was almost the same period when Salman Shah, a father of Ertugrul ghazi, migrated from Khwarizm to Anatolia because of Mongols attack on Muslim tribes. In 1219CE, Genghis Khan attacked Khwarizm with all his might, Jalaluddin wanted to fight with Genghis Khan’s army, but his father did not agree.

Alauddin thought the Genghis Khan’s army should be weakened fighting in the Samarkand and Bukhara with Muslims, after which we would attack and eliminate them. But this strategy failed miserably. Genghis Khan invaded and destroyed Samarkand, and there was nothing left behind than the corpses. The same thing happened with Bukhara.

Seeing all this by his eyes, Jalaluddin felt sad, and he gathered his army to beat the Mongols. He was the first ruler who fights against Genghis Khan and defeated him. Jalaluddin went through India and reached the Indus river where again he faced the Mongol army. Jalaluddin was alone and his army was too little left. He keeps asking for help from other Muslim rulers, but no one agreed to help him.

The deputy commander of the Mongol army that attacked Jalaluddin in Isfahan was the same Noyan who later became commander of Anatolia in 1241 and invaded the Seljuks. Later Jalaluddin reached Tabriz, from where he wrote letters to the three major powers of the Muslim world, the Seljuks in Anatolia, The Abbasid Caliph in Baghdad, and Ayub Sultan Al-Kamil in Egypt. And asked for help against the Mongols. He kept explaining that the Mongols are an actual threat for Muslims, but no one listen to him. They were all determined to avenge Jalaluddin on his father’s shortcomings.

He was so depressed by this defeat that he left his army alone and stood alone in the snowy mountains near Diyarbakir. He disappeared in a snowstorm and since then no one has found him. Mongols searched every corner of the world to find him and also killed many people as they think he was Jalaluddin.

People all around the world are eagerly waiting for this series. Uzbekistan will release this drama first, and then it would be released in Turkey. In these days we are watching Kurulus Osman, Uyanis Buyuk Salcuklu and Kurlus Osman. Right after these seasons, Mendirman Jaloliddin will start. It means the fans of Islamic history-based dramas are going to enjoy a lot, along with getting the true Islamic knowledge.