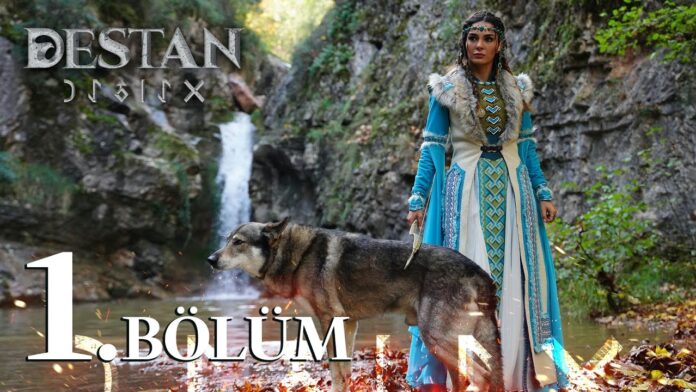 In Destan Episode 1; In the 8th century, a savage age reigns in Central Asia, in lands not yet embraced by Islam. China has pointed its fangs at the Turkish leg, Russian Varangians, Mongols, Sogdians, Persians are waiting in the trap. As if it were not enough, the Turkish tribes that call the same blood atam have fallen against each other. There is a great enmity between the Gök Khanate and the Dag Khanate, both of whom are Turks.

Under these political conditions, Alpagu Khan, the great khan of the Gök Khanate, decides to take the daughter of his brother Balamir Yabgu, whom he suspects of rebellion, as a bride for his lame son Batuga. He gathers his family and sets out for the Western Gök Khanate to ask for a girl. A great danger awaits them on the way: Mountain warrior Akkız, who has been burning with the fire of revenge since childhood!

Balamir gives this map to Khan. Khan realizes that this attack was planned by some traitors and immediately sets out for the palace. Alpagu asks where Tilsim is and starts looking for her. Meanwhile, Tilsim goes to a place with her son to escape to her father. Alpagu catches her as she is about to flee and kills her for being a traitor.

Alpagu says he killed these people for their treason and asks Colpan to leave these lands as soon as possible. Alpagu then goes to a lakeside with his son and tells him not to be upset because his mother is a traitor. Batuga vows never to speak to his father again until he dies. The Dag tribe hold a funeral for the dead.