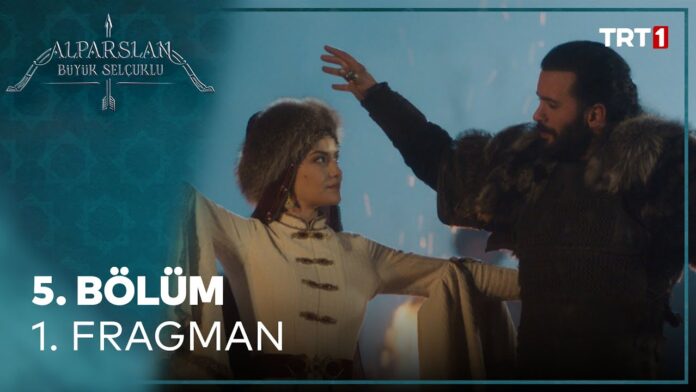 Kekaumenos captures Hassan and immediately sends him to the dungeon. Alparslan wants to save Atabey, but when the Byzantine soldiers attack, he escapes from the castle. The Lord sends soldiers into the forest to look for the Turks. Akca sees that her father has been caught, but she cannot do anything. While Caghri is waiting for Alparslan to return, he learns that some bandits will attack Sehver and immediately takes action. Alparslan kills the Byzantine soldiers in the forest and starts to go to the palace. Lord talks to Akca and asks her to return to the tribe using the secret passage. Caghri and his soldiers soon begin their search for the bandits.

Lord gets angry with his soldiers for not being able to catch Alparslan and asks his son to find the one responsible for the massacre immediately. General says that Hassan must stay alive for a while because he will demand a large amount of ransom from the Sultan. Bozan continues to implement his plan and enters Sehver’s room. When Caghri comes to the palace, he sees the dead bandits and is very surprised. Sehver says that Bozan killed the bandits and saved her. Sehver thinks that Alparslan said wrong things about Bozan. Alparslan returns to the palace and asks permission from the Sultan to save Hassan.

Inal makes a plan for Alparslan to make a mistake. Emir goes to the dungeon that night and starts talking to Alparslan. Alparslan gets very angry after hearing and knocks Emir out. Alparslan takes the key of the dungeon from Emir and escapes with his soldiers. That night, Dukas talks to Evdokya and makes a plan with him to prove Yannis’ innocence to the Emperor. Sultan learns that Alparslan has escaped and says he will not pay the ransom until he hears from him. Bozan kills the bandits who attacked Shehzade the next day and takes him to a safer place. Inal goes to the tribe and arrests Alparslan’s soldiers.

Akca releases Alparslan’s soldiers, but Karaca tries to stop her. Meanwhile, Caghri comes to the tribe and tells that Akca did the right thing. Alparslan lights a fire in the forest and uses the smoke to send a message to Alpagut. Alpagut sees the message Alparslan sent and immediately sends a message pigeon. Inal goes to the forest to catch Alparslan and finds him. Alparslan says that no matter what happens, he will save Atabey and will not return to the palace. While Alparslan and Inal are fighting, the soldiers sent by Caghri arrive. Caghri says no one should stop Alparslan.

Later Alpagut returns. Diogenes says they couldn’t find anyone and immediately returns to the city. Alparslan kills the soldier next to Alpagut and dresses like a Byzantine soldier. Alparslan then enters the city with Yannis. Akca says the Lord will not execute Hassan. Alpagut learns from Akca that the Lord will bring a gladiator and immediately starts looking for Alparslan. Inal tells the Sultan that Caghri did not allow Alparslan to be arrested. Tughrul is very angry at this situation and orders Caghri to come to the palace immediately. Yannis meets the gladiator and takes him to an inn. Alparslan changes his plan and secretly goes to the inn.

Alparslan kills the Byzantine soldier next to Hassan and takes off his helmet. Yannis is very surprised to see Alparslan. Alparslan catches Yannis and dresses him like Hassan. Yannis begs Alparslan many times. Lord asks where Yannis is and then starts the festival. Akca watches everything from a distant room. Yannis appears and tries to remove the helmet from his head, but fails. Yannis realizes that he has no other choice and begins to fight the gladiator. All Byzantine people like this show very much. Akca and Diogenes realize that this gladiator is Alparslan. Gladiator defeats Yannis. At the end of the war, the Lord goes to the square and starts talking to Hassan.