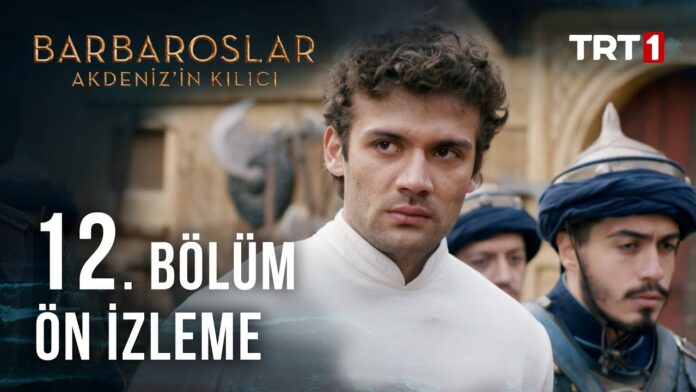 Khizir then enters the palace. Emir says he won’t let him, but Khizir grabs a bomb and threatens him. Emir allows Khizir to meet Oruj to save his life. Pietro tracks down the soldiers carrying the barrels and kills them. A short time later, Ilyas finds the corpses of these soldiers and realizes that someone has stolen the barrels. Other soldiers come and accuse Ilyas of killing the soldiers of the state. Ilyas says he is innocent, but Sahbaz stops him.

Oruj tells the meaning of the message to Khizir and asks him to continue researching. A short time later, the soldiers arrest Ilyas and take him to the dungeon. Sahbaz then goes to Unita’s inn and meets Isabel there. Oruj sees that Ilyas has been arrested and is very upset. Ilyas says he is innocent and someone else killed the soldiers of the state. Isabel learns that Oruj has been arrested. Sylvio warns Isabel for the last time and asks her not to help Oruj. Pietro asks Sahbaz for help to take the barrels to Kalymnos and tells him that he will give him money if he does this job.

Emir gives permission to Oruj and says that Ilyas will be executed if he cannot solve this case in one day. Oruj comes to the port while Pietro is checking the ship of Sahbaz. Oruj makes Sahbaz’s ship unusable and says he will find the gold no matter what. Pietro changes his plan and says he will turn the gold dust into ingots. Oruj later meets with Khizir and asks him to find Dervish as soon as possible. Antuan tries to get a sheep from a shepherd, but Dervish gives this man his ring to pay. Pietro kills Oruj’s men looking for the barrels and waits for news from Sylvio.

Isabel sees her father talking to Rakel. Sylvio sends Isabel to her room and asks her never to leave. Shepherd goes to Alexandria to sell the ring he got from Dervish. One of the homeless children finds out about this and immediately speaks to Khizir. Isabel leaves her room and kills her father’s men. Oruj then told his aunt about the deal he made with Emir. Khizir guesses where Dervish might be and heads to a village near Alexandria. Isabel goes to Oruj’s house and tells him that her father was talking to Rakel. Oruj thinks he can find the gold thanks to Rakel.

Ilyas calms Huma down and says he will be free soon. Oruj goes to Rakel’s workshop with Isabel, but cannot find anyone there. Pietro plans to get the gold bars out of Alexandria. Pietro’s men attack the workshop and try to kill Oruj. Pietro says he wants to do one more thing before leaving Alexandria and attacks Diego. Pietro says Diego is a traitor and kills him. Pietro then says he will kill Antuan. Antuan says that he will seize the book and the girl by using Dervish. Then Pietro gives Antuan one last chance. That night, Khizir talks to Meryem and tells her that no matter what happens, he will find Dervish.

While Khizir and Meryem are looking for Dervish, Antuan stops them. Oruj tries to catch Alfeo carrying the barrels but Unita’s men carry the gold bars somewhere else. Antuan delivers Khizir and Meryem to Pietro to save his life. Khizir is surprised to see that Pietro is still alive after all. Pietro asks Khizir where the book is but gets no answer. Pietro then asks questions about Meryem because he thinks she is so familiar. Dervish asks Khizir not to deliver the book to save innocent lives. Pietro points his gun at Dervish’s head and fires. Oruj catches Alfeo and says he will take him to Emir to save Ilyas.