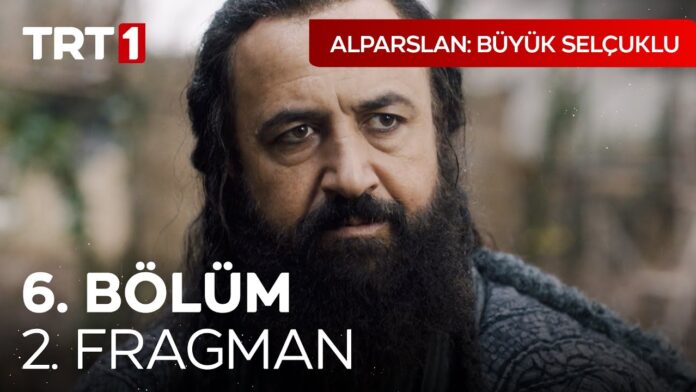 Tughrul asks his brother questions and hugs him. Diogenes tells the General that he knows all the facts. While Caghri is talking about Alparslan, he comes to the palace. Tughrul is happy to see Hassan alive and appreciates Alparslan. Karaca once again argues with Akca. Caghri tells Alparslan that someone attacked Sehver. Alparslan says he will go to Bozan’s house to look for Shehzade. Meanwhile, the Lord comes to the Turkish palace. The Lord says that Alparslan is responsible for his son’s death and asks him for Alparslan. The Sultan rejects this offer. The Lord says that if the Sultan does not give Alparslan, he will attack with all the Byzantine armies.

Alparslan says he wants to search the house, but cannot find Shehzade. Sehver says she trusts Bozan. After a short time, the Sultan goes to the tribe and starts talking to Caghri. The Sultan says that the Lord wants Alparslan. Meanwhile, Alparslan attends the meeting and says that he is responsible for everything. Lord says that Sultan is not brave and that’s why he will hand over Alparslan. The lord then secretly summons Akca to the castle. Meanwhile, a car comes to the castle. Lord thinks that Sultan sent Alparslan and goes towards the car. Tughrul and Caghri get out of the car. Tughrul says he will not give Alparslan.

While the women in the tribe are practicing swordsmanship, Karaca says that she is the best swordsman. Karaca then says that she wants to train with Akca. Akca trains with Karaca and beats her. Later, Alparslan comes and starts to practice swordsmanship with Akca. Alparslan says he saw Akca in the Byzantine castle. Akca denies this and says she is not a traitor. Lord gets very angry with Evdokya. Alparslan thinks that Akca is a traitor, but does nothing for now. Diogenes hatches a plan to help the Lord. Diogenes asks his assistant to write a message. Karaca then argues with Suleiman and tells him that he made a mistake about Alparslan.

Tughrul says that if Alparslan learns to control himself, he will become a very good Sultan in the future. While the Lord is praying in the church, Diogenes arrives. Diogenes brings the message he found in Yannis’ room and tells him that the Lord’s secret ally helped him. The Sultan holds a meeting that night about the upcoming war. Tughrul says that Suleiman will lead the Vaspurakan attack and asks Alparslan to take the gold to the headquarters. Inal plans to talk to some powerful soldiers in the army to destroy Suleiman’s reputation. Lord goes to an inn and meets Bozan.

The Lord stabs him in the hand as Bozan is saying he is sorry for Yannis’ death. Lord gets very angry with Bozan for making such a mistake. Lord asks Bozan to kill Alparslan secretly, but he does not accept this offer. Bozan asks the Lord to find another murderer for this job. Alparslan comes to the tribe to get the gold and talks to Akca. Bozan learns that Alparslan will take the gold to the headquarters and immediately sends this information to the Lord. That night, they hold a festival in the tribe. Alparslan and Akca dance. Karaca is very disturbed by this situation.

Suleiman is very happy to lead the army and thinks he will get the recognition he deserves. Lord receives the information sent by Bozan and immediately makes a plan of attack. Alparslan prays to Allah in the forest and then continues his journey. Byzantine soldiers set a trap in the forest and attack the Turks. Alparslan sees Diogenes and begins to follow him. Hassan asks Alparslan not to fight alone, but he does not listen. Diogenes’ soldiers suddenly surround Alparslan. The lord then sends a gladiator and tries to kill Alparslan. This gladiator fails, but the Lord sends another one. When Alparslan kills this gladiator, this time the Lord attacks.