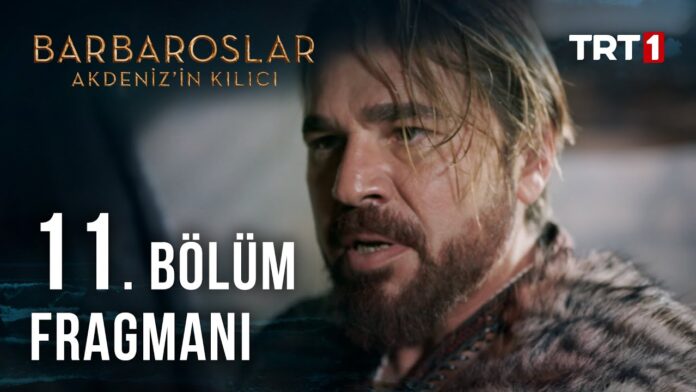 As Diego is about to attack Khizir, a woman comes and helps them. Antuan shoots Khizir with a poisoned arrow. Khizir starts to run away with this woman. Ilyas attacks the man who killed Despina, but cannot catch him. Ilyas feels guilty for Despina’s death. Pietro captures Oruj and begins to torture him to find out where the gold is. Oruj cannot recognize Pietro because of the mask on his face. Ilyas says he will avenge Despina and starts looking for Oruj. Khizir says his wound is fine and tries to go to the bay with his friends. Meryem says she will come to Alexandria with Khizir.

Ilyas returns home and tells Dervish that Despina is dead. One of the sailors says that Kilic died first and then Oruj disappeared. Ilyas starts looking for Oruj. Dervish goes to Kilic’s house to save Khizir once again. Pietro learns that Despina is dead and begins to torture more to make Oruj speak. Diego and Antuan continue to search for Khizir. Meanwhile, the poison spreads through Khizir’s body. Meryem checks Khizir’s wound and says they have to take him to a nearby cave. Dervish visits Kilic’s sons and tells them he is sorry. Dervish recalls Kilic’s promise before he died, but Sahbaz says he will not send a ship for Khizir no matter what.

The sailors say they will not help Dervish. Dervish summons his men and takes control of the ship. Ilyas finds the place where Pietro took Oruj and goes inside to save his brother. Pietro immediately runs away to avoid revealing his identity. Ilyas saves Oruj first and then Isabel. Oruj asks if Despina is okay. Ilyas cannot hide the truth any longer and tells that Despina was killed. Khizir opens his eyes after a while and leaves the cave with his friends. Antuan finds this cave and then attacks Khizir. Oruj then goes to his house and finds Despina’s lifeless body. Oruj gets upset because he can’t protect his wife and starts to cry.

Sahbaz learns that Dervish has captured the ship in the port and complains to Emir. Emir’s wife comes to Alexandria and argues with the merchants in the market. Emir goes to his wife and says that he can easily control Alexandria now. Oruj performs Despina’s funeral and says he will take her revenge no matter what. Sylvio puts Unita’s valuable documents in a secret room in the inn and forbids Isabel to enter it. While returning to Alexandria, Khizir asks some questions to Meryem. Meryem says she will not tell anything without seeing the book first and asks Khizir to be patient. Oruj goes to the inn and beats Sylvio’s men.

Khizir arrives in Alexandria the next day with Meryem. Meryem sees Dervish years later and says he is her father. It turns out that Dervish bought Meryem from a slave trader years ago and trained her. Meryem says her real name is Maria and she lost her brother. Emir and his soldiers come to the port. Emir blames Dervish for stealing Sahbaz’s ship, but Oruj stops him. When Emir’s wife is about to attack Meryem, another woman comes and stops her. This woman who came to the port is Oruj’s aunt and the wife of an important Ottoman border commander. Pietro sees Meryem in the harbor and says her face is very familiar.

Oruj shows the house he bought to his aunt and says that he will buy another place for her to trade. Sahbaz tells Emir that Oruj stole the gold and hid it somewhere near Alexandria. Emir sends his soldiers to find this place. While fleeing from Oruj’s soldiers, Pietro meets Meryem and asks who she is, but when Khizir comes, he runs away from there. Meryem tells Khizir that she has not seen this man before, but feels like she knows him. Pietro later learns from Sahbaz where Oruj hid the gold and goes there with his soldiers. Ilyas sees the man who killed Despina and starts chasing him. Meanwhile, Pietro enters the cellar and finds the gold.