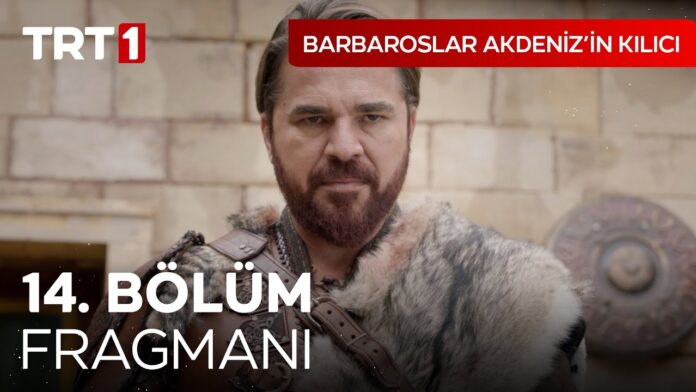 Some knights attack Oruj again but fail. Pietro’s soldiers bring chests with cannons. Chests start exploding as Pietro thinks something is wrong. Oruj goes in the direction of the explosion and attacks Pietro again. Khizir learns that the ship is going to a port and begins to disturb the pirates. When the captain finds out about this situation, he says he will take Khizir to the island. Pietro sees his soldiers killed in the explosion and begins to flee. Oruj kills the other knights and captures chests full of gold. Isabel sneaks into the inn and tries to save her brother.

Khizir cuts the ropes in his hand and attacks the pirates. Khizir saves Meryem and sets off with her to go to Lesbos. Pietro’s surviving soldiers try to capture Oruj’s ship. Oruj defeats the knights once again and sets off for Alexandria. Pietro starts to follow Oruj’s ship and after a while, he shoots with cannons. Oruj’s ship is damaged by its hull. Oruj changes the direction of his ship and fires at Pietro’s ship. Pietro sees that the mast of his ship is broken. Oruj’s friends close the hole in the ship’s hull and continue the journey. Isabel talks to Huma and says she is very sorry.

Oruj hangs the flag of the Ottoman Empire on the ship. Pietro returns to Kalymnos and asks Gladius to go to Lesbos. After a while, Isabel goes back to the inn and says that she accepted Sahbaz’s offer. Oruj talks to Ilyas and makes a plan to deliver the gold. Huma tells Oruj that Unita killed Sylvio. Oruj realizes that Isabel is going to the inn and immediately sets out. Sahin says that no one can gamble in the inn anymore, but Sahbaz opposes him. Sahbaz says that everyone can gamble and drink in the inn.

When Oruj goes to the inn, he sees Isabel there and is very surprised. Isabel says she will work at the inn now. Oruj is very upset about this situation and says he will take over the inn when the time comes. Khizir goes to Lesbos with Meryem. Ishaq introduces Khizir to Piri. Piri talks about the maps Khizir is looking for and helps him. Jafer talks to a man who came from Ethiopia to get the gold and learns Oruj’s plan from him. Huma realizes that Oruj feels sorry for Isabel and asks him to be understanding.

Pietro trains with Antuan and says he will send him to Alexandria as soon as possible. Antuan accepts this mission to get the gold back. Oruj says he will hold Ilyas’ wedding after he delivers the gold. That night, while Ishaq was talking with Khizir about the attack on Kalymnos, some of Gladius’ men attacked them. Gladius says he did this attack to test them and asks his soldiers to prepare for the next day. Sahbaz learns that someone is fighting in the inn and immediately goes there.

Khizir starts to look for a suitable place for the shipyard with Meryem. Gladius begins to secretly follow Khizir. Emir goes to the port and learns that there are cannons in the chests on Oruj’s ship. Emir says these weapons are illegal and seizes Oruj’s ship. Oruj talks to the Ethiopians and asks Ilyas to help them. Oruj learns what Emir did in the port and immediately sets out to save his ship. Gladius attacks while Khizir is checking a bay for the shipyard. Ishaq comes out of hiding and stops Gladius. While Ilyas was carrying the gold with the Ethiopians, Antuan stopped them.