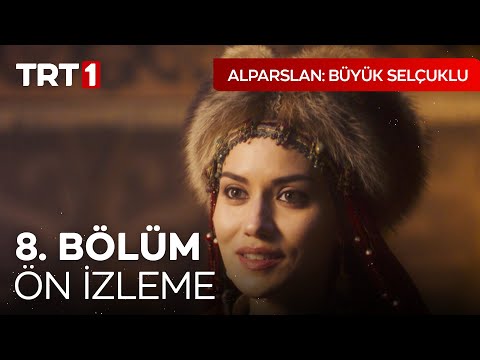 Alparslan thanks Akca for what she has done and tells her that everything will be fine. Karaca returns to the tribe and learns that Alparslan has left. Karaca then goes to Akca’s tent and asks her what happened in the forest. Akca denies everything and asks Karaca to be careful. Akinay comes and calms Karaca. That night, Alparslan goes near Vaspurakan and watches the city from afar. Alparslan says he will seize this castle no matter what to avenge his mother’s death. Inal says that Alparslan is now a rebel and his actions will open new problems.

Akca talks to Akinay that night and thinks about Alparslan. The caliph once again sends an envoy to the palace. The ambassador says that Alparslan may disrupt the peace in the region and that this situation worries the Caliph. Tughrul immediately writes a letter to the Caliph. The Sultan says that the peace in the region will not be disturbed because Alparslan is a rebel that is no longer affiliated with the state. The Sultan then asks Suleiman to take the swords prepared for war to a safe place and tells Inal that he must help him. Batur says he will pay allegiance to Alparslan and begins to wait for his orders.

Alpagut secretly meets with Alparslan and listens to his plan. Suleiman sets out with Inal to retrieve the swords. Alpagut tells Alparslan’s plan to Akca. Akca tells the Lord that Alparslan will enter the castle using a secret tunnel. Lord asks Alpagut to find this secret tunnel around the castle and close it. Alpagut begins to search for this tunnel with the Byzantine soldiers. Alparslan’s soldiers kill the Byzantines and give Alpagut a map. Bozan’s followers attack to retrieve the swords, but when they see Suleiman there, they turn back.

After examining the map, the Lord thinks that Alparslan will secretly go to the church in the castle. The general says that instead of closing all the tunnels, they should set a trap in the church. Byzantine soldiers find the barrels hidden by the Turks and decide to take them to the headquarters. Meanwhile, a Byzantine soldier who survived the attack in the forest returns to the castle. The Lord summons Mari to heal this soldier. Erbaskan talks to Inal, but he denies everything. While explaining the attack plan to Batur, Alparslan learns that the Byzantine soldiers seized the barrels.

While the Byzantine soldiers were taking the barrels to the headquarters, Alparslan secretly made a hole in one of the barrels. Alpagut kills a few soldiers so that the attack plan is not revealed. The lord and his soldiers work tirelessly to find the tunnel in the church. Evdokya asks her uncle to stop, but the Lord asks his soldiers to dig more. Alparslan prepares to attack with Batur. After the swords reach the army depot, Bozan’s warriors attack again. Caghri goes to the warehouse in Suleiman’s place and tries to stop the attackers. A short time later, the Sultan also comes and helps his brother.