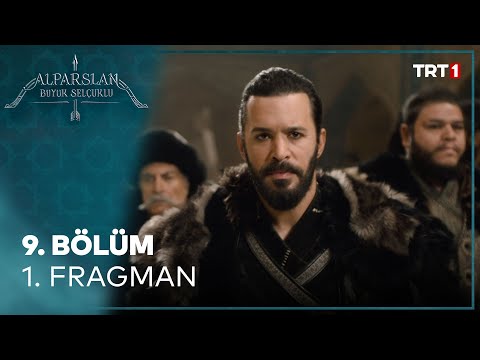 n Alparslan Buyuk Selcuklu Episode 9, On the way to headquarters, the Turks attacked him on the way. Diogenes asks the General to return. Alparslan seizes the headquarters and says that it now belongs to the Turks. Lord realizes Alparslan’s real plan and gets angry with Maria. Alparslan then hangs the Seljuk flag on the wall of the headquarters.

Lord makes a plan to reveal that Alparslan was working with the Seljuks and summons an alchemist to the castle. The Turks in the tribe start the celebrations. Diogenes goes to the headquarters and says he wants to make a peace treaty with Alparslan. Diogenes says the Lord wants peace and invites him to the castle. The Lord asks Alparslan for a thousand horses and five thousand arrows for peace.

Sultan can’t learn anything about Natik and says that this attacker will go to another dungeon tomorrow. Selcan calls Akca and asks her if she wants to marry Alparslan. Akca says she loves someone else and leaves the tent. That night, the Turks sit in the headquarters and talk about a Turkish epic.

The lord goes to the kitchen of the castle and adds poison to Alparslan’s food. Natik’s soldiers attack, but the Sultan stops them. Suleiman stabs Bozan in the hand, but cannot understand who he is. Maria tells the Lord that Sultan will help Alparslan. The lord realizes that his plan is working and sends his scout soldiers to the border area. Alpagut fights with Nestor. Lord comes out of his room to stop them.

Bozan goes to the tribe and talks to Suleiman. Suleiman sees the wound in Bozan’s hand and goes with him to the place of execution. Inal sees the help going to Alparslan and starts to follow it. Evdokya goes to the headquarters and says that she will stay with the Turks until the agreement is signed. Alparslan says that Evdokya will be safe in the headquarters and sets out to go to the castle. Inal sees some Byzantine soldiers following the Turks in the forest.

The Sultan orders the execution and the horses of the soldiers pass over the treacherous attacker many times. Sultan says that all traitors will die like this. Inal attacks and kills the Byzantine scouts in the forest. Khwaja says that the people in the palace talked about Inal giving information to the Caliph. Alparslan starts coughing during the meal and tells the Lord the terms of the agreement.

Alparslan feels a little bad and says that they need to sign the agreement as soon as possible. Alparslan then starts coughing. Atabey checks the situation of Alparslan. Alparslan takes the bottle out of his pocket and drinks the antidote. The Lord and General are taken aback by this. The lord soon starts coughing and falls to the ground. Evdokya tries to understand what happened to her uncle. Alparslan makes another plan because he learned the Lord’s plan. Alparslan asks the Lord to accept the conditions in order to save his life.