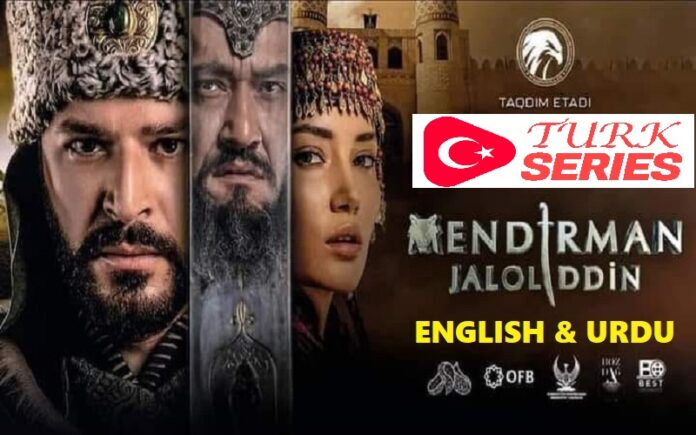 In Mendirman Jaloliddin Episode 8, Alauddin is furious about the actions of Jalaluddin as he asks Akshah about him. Alauddin is very angry but Akshah covers the situation. Alauddin says that Jalaluddin is taking decisions on his own without his consent. Sultan tells Shamsiddinbek to control the Mongol troops nearing the borders. Sultan clears that the actions of Jalaluddin could have severe outcomes. Shamsiddinbek tells Turkan about the whole situation. Turkan orders a soldier to go and search for Jalaluddin. Turkan enquires about his activities last night and he lies about it. Turkan is now thinking about the day of his marriage. Jalaluddin has found the soldiers he wanted. Subutai is thinking of a plan to attack Jalaluddin.

Jalaluddin defends himself of the accusations of Sultan. Akshah is now in the search of Hashish as he finds Kutlu there. He starts to follow her. An old woman tells Behram about the woman who came from afar. She tells that the woman has caused a lot of trouble. Behram gives the woman some money. Jalaluddin assures the soldiers that he will carry them o a safe place. Turkan tells Mahmud about her decision that Shirin will marry Uzlagshah instead of Jalaluddin. Turkan is planning to get in touch with Genghis with the help of Mahmud. Genghis is planning to provide his army with more supplies using some help from his resources in china.

The old woman brings a poisonous snake and shows it to Behram. Akshah is once again watching all the incidents in the market. Meanwhile, Subutai finds Jalaluddin and his soldiers who were going to a village and he attacks them. Sabutai attacks on Jalaluddin to kill him as his soldiers had killed some of Jalaluddin’s bodyguards. Behram is enquiring Kutlu about the actions of Jalaluddin but finds no answer. One of Behram’s men sees Akshah and they fight, Akshah gets rid of him with his tactics. Mihri Cihan is planning to get rid of Kutlu and Turkan approves the plan. Turkan suggests to Mihri Cihan that she should apologize to the Sultan.

Sabutai draws back his soldiers after watching his defeat. Jalaluddin and the commander he captured help the wounded soldiers. Mihri tells Alauddin that she is convincing Tukran to change her decision. Jalaluddin watches the captured commander helping his bodyguards and realizes that he is not a traitor. Shirin asks Kutlu about his relation with Jalaluddin and she gets angry. Aycicek slaps Shirin for what she said. Jalaluddin. Kutlu warns Shirin sternly for what she said. Aycicek slaps Shirin for the rude things she said. The old woman delivers her snack bag to a soldier in the palace. At the end of the episode, the soldier succeeds in sending the snake to Kutlu’s room. Snake reaches Kutlu’s bed and bites her. Mihri tells Akshah that Jalaluddin tried to kill Uzlagshah but Akshah defends Jalaluddin.

Jalaluddin reaches the castle and sends a doctor to the wounded soldiers. Genghis khan meets his wife and listens to the hardships she faced. Genghis gets furious and says that he will avenge her even if he would have to fight the whole world. Jalaluddin meets Sultan and explains the reason behind not telling him about his actions. Alauddin understands the situation. Jalaluddin tells Sultan that he planned to get Tukran’s attention. Jalaluddin shows his concern that maybe Tukran attacked him but Alauddin nullifies him and suspects that the Mongol soldiers had attacked him.