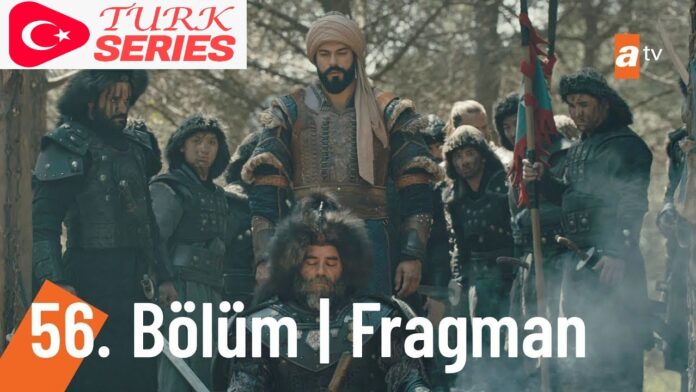 In the previous episode, War starts between Osman’s army and Nikola’s army. Savci is waiting for the explosion to happen but there is a delay because the fire of the fuse did not work. Certukay goes into the tunnel to check the issue. He tries very hard and at last, the explosion occurs before the enemy soldiers arrive in the tunnel. Certukay comes flying out of the tunnel due to the explosion. He is badly injured and Goktug thinks he is dead. Certukay survives the blast and wakes up. Osman stops an arrow coming towards Malhun. Nikola gets the information that his soldiers have died because of the explosion in the tunnel.

Nikola Retreats As A Wounded Dog

Nıkola runs away with his remaining soldiers. Osman declares his victory over Nikola and he says that he is very proud of their strong victory. Togay is talking to The Souls in the memory of dead Mongol soldiers. Camuha informs Togay about the explosion in tunnels and the defeat of Nikola. Togay goes to meat Nikola. Kayis in the plain welcome their victorious soldiers. Umur is also happy about the victory. Nikola kills the commander who was leading the soldiers in the tunnels.

Sheikh talks to Osman at his tent. He is also happy about the victory. He emphasizes that this victory is only because of unity among Muslims. Yason tells Nikola that people of the area are migrating to the plain because of heavy taxes imposed on them. Nikola orders Yason to send a spy with the migrating people. Osman and his people welcome the Christians and orders to build tents for them. Togay and Camuha arrive at the palace. Togay is very furious with Nikola as he lost an important war.

Togay sends Camuha to bring the refugees of Yahisar. Osman announces that he would provide separate land for the refugees. Umur arrives at the palace. Umur does not want to lose the trade between them. He promises Togay that from now on he will not follow Osman’s plan if Nikola continues the trade. Osman talks to Camuha that he will not hand over the refugees at any cost. Camuha brings Osman’s reply to Togay.

Plans Of The Enemy

Malhun is not happy to know about his father’s intentions. Lords from other areas send their soldiers to help Togay. They plan to attack Sogut. Osman wants to know about the plan of attack. He uses Simon for this. Simon tells Osman that Nikola is planning the attack after two days. Simon tells Nikola that he didn’t give information about the tunnels to Osman. It was Dundar who gave the information about the tunnels. Nikola doesn’t trust Sımon.

The Support Of White-Bearded Leader

Nıkola kills Simon when the spy from the plain tells Nikola about his meetings with Osman. Nikola tells the spy to do his duty. Umur knows that Nikola and Togay shall attack the plain ver soon. He tells malhun to remain away from the war. Osman goes to meet the leader of the white-bearded people. The leader is happy about Osman’s efforts. Osman tells him that he wants to break the bond between Togay and Nikola.

Malhun Going Against Her Father

Petrus knows that something very bad has happened to Simon. Savci talks with his wife while preparing for leaving for war. Nikola and Togay discuss the war strategy and agree upon attacking Sogut from two sides. Gunduz is anxious that why Melik has not returned yet. Malhun does not listen to her father and takes some of his soldiers and goes to war. Osman talks to all the soldiers before the war starts.

Keep visiting our website to watch Episode 56 to see how Osman Bey and his soldiers would tackle the stornger enemy.