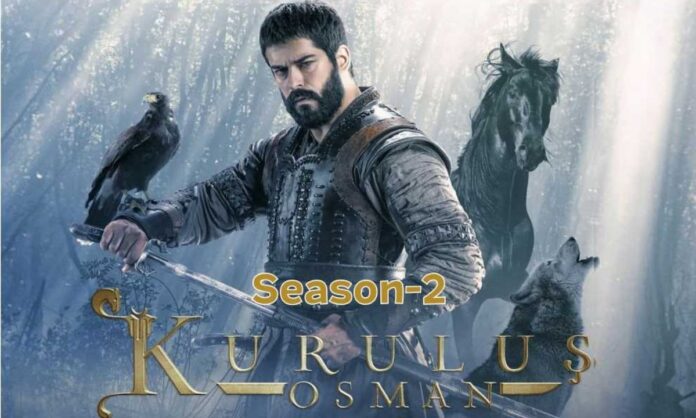 Geyhatu asks about his son and suddenly they bring him with his hands tied. Geyhatu asks Osman why he treated his son like that. Osman bey tells him that his son is a betrayal. Flatyos prepared few spies with him and enters the castle. However, Mongke denies everything Osman tells to his father, but Geyhatu listens to Osman. The guards couldn’t fight with Flatyos and he attacks the Turks. 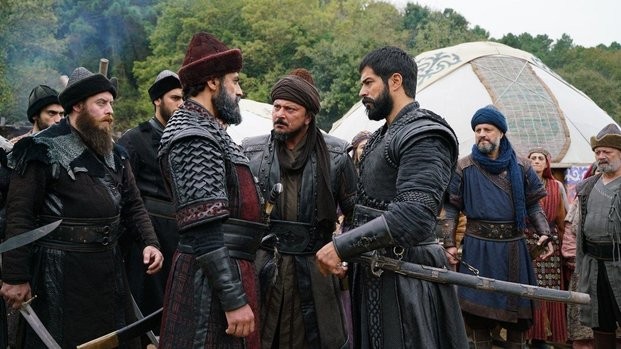 Osman and Savci explained everything to Geyhatu that someone has used his son and made this plan. Geyhatu listens to the claim of both sides and asks for more evidence to make a just decision. However, Geyhatu wants to meet Cerkutay, but Osman tells him he is not here. Mongke asks forgiveness from his father after all the facts appear. Instead of forgiving, Geyhatu cuts his son’s throat.

Byzantine soldiers snatched the castle from Turks and they removed everything belongs to them. Nikola frees one of the Turk prisoners to tell about the castle. On the other side, Osman is taking care of his ill father, Ertugrul. His condition is getting worse and bleeding starts from his mouth. Osman gets furious on receiving the news about the castle. Nikola is thrilled and thinks that Constantinople will reward him for this victory. 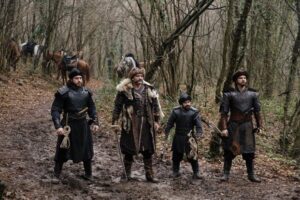 Osman takes action immediately, but Savci opposed him. However, Osman prepares his Alps and made a plan to attack the castle the next morning. Savci says Osman has to obey the rules, otherwise, he would pay the price. Osman did not listen to anyone and arrived at the gate of the castle the next morning. Osman enters the castle with two boxes of gold. Osman says he wants prisoner back with the replacement of gold. Nikola doesn’t care about it and refuses to accept his offer. Then Osman captures his brother and takes back all the prisoners along with Nikola’s brother.

While the meeting was being held by Savci, news comes Osman moves back with prisoners. Savci becomes angry with him, saying that he puts the lives of prisoners in risks. Bamsi and Gunduz stand up and opposes Savci. Osman leaves the Flatyos, and he comes back to the castle safely. Flatyos and Nikola fight with each other because of this embarrassing situation. Nikola then reminds him of their purpose and says that he must avenge his father. 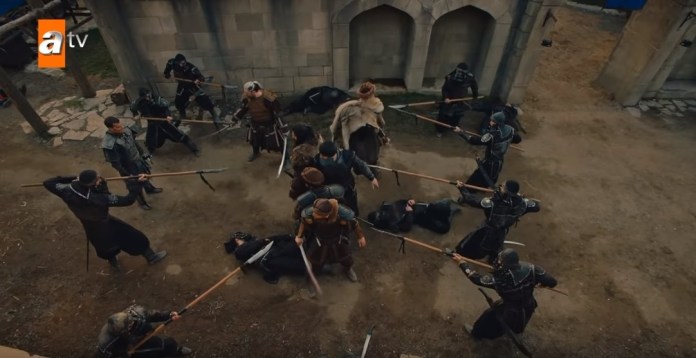 Arslan visits Geyhatu and tells him about Osman and Bamsi. Geyhatu gives Arslan the management of all the Beylics in the border region. Osman returns to the plain along with the prisoners. He wins the hearts of all people of the tribe saving the Turks. Still, Savci is angry on him and order the Alp to capture him. No one Alp come to arrest Osman instead of repeating the order by Savci. Gunduz lost his patience and tries to stop him while saying that he is the older brother of both of them. Suddenly Lena rushes out to there in a state of worry. Lena says, “Ertugrul is in a worse condition, and he is dying”.