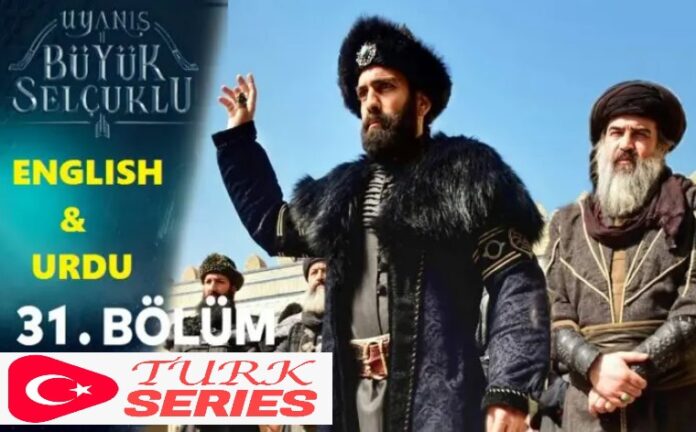 In the previous episode, Melik Shah plans to attack Shalamzar but Tekish has the situation under control. Melik Shah goes to visit the city. He watches dead batinis in the city and gets happy about Tekish’s efforts. Melik Shah announces Tekish as the ruler of the city but Tapar objects to it. Sultan says that he will take the city when needed. Tapar does not understand his father’s approach. Sultan sends back the soldiers who came for war. Turan is ready with the soldiers for any possible situation. Sanjar arrives at the plain.

Sanjar explains the situation to Nizam. Sanjar goes to the palace with his mother and Nizam. Sultan meets Nessac and shares his problems with him. Turan is training his soldiers in the field. Sultan summons him to the palace. Tekish also goes with him. Sultan talks to Sanjar, Nizam, and Basulu and tells them about the decisions he made. Sultan says that they have committed very big crimes. He announces that Nizam will continue performing his duties at the palace.

He accepts Sanjar as his son and says that he would be called Melik from now on. Sultan also says that Basulu is the mother of Meliks and would be treated with respect. Sultan tells everyone to leave the room except Basulu. He talks with Basulu alone. He shares his feeling over the past years with Basulu. He says that she is welcome at the palace every time she wants to come. Sultan says that Sanjar will be good as a Melik. Sultan and Sanjar arrive at the ceremony. Sultan declares Sanjar as Melik and Sanjar says that he will do everything for the throne.

Nessac gives his sword to Sanjar as a gift. Turan meets Sultan after the ceremony. He is not happy with the decision. Sultan says that he did everything according to the rules and has the authority to do so and no one can question his decisions. Melik Shah hands over Shalamzar officially to Tekish. He says that he would allot some Kerman lands to Sanjar. Turan is very furious at Sultan’s decision. Turan goes out of the palace and says that he would attack the palace.

Tapar attacks at Tekish but Sanjar comes in between. Mitras are angry at Hassan because he was not able to stop Melik Shah. Tekish says that they would hand over Greek fire masters to Sultan only. Terken meets Sultan and says that he has made wrong decisions. Sultan warns Terken to not talk about it again. Sanjar is delivering the Greek fire supplies to the Sultan. Hassan meets Tekish and says that Sanjar would not reach the palace.

Hassan and his soldiers attack Sanjar but he defeats them. Sanjar takes the goods safely to the palace. Melik Shah hugs Sanjar and calls him his son. Gevher tells the situation to Tapar and Tapar gets furious. Turan is preparing his army for the attack. Tekish meets Hassan and tells him that Mitras are ready to attack the palace. Turan also joins Hassan and Tekish. Some soldiers attack Shalamzar and arrest Tekish. Turan arrives at the palace with his soldiers but the palace is empty. Melik Shah emerges from a corner with his army and says that Turan is a traitor.