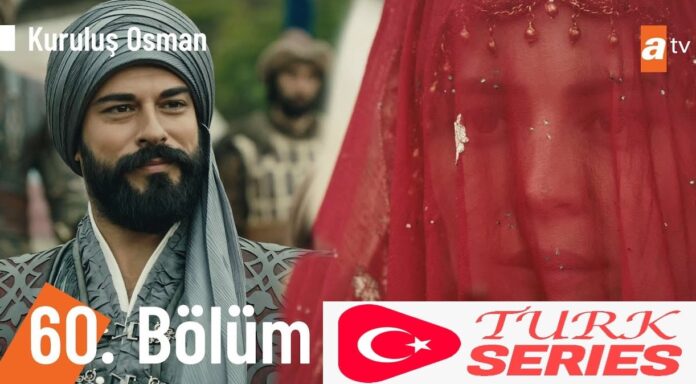 In the previous episode, Osman says that they came at the invitation of Umur, but he is not here. Sheikh realizes that Malhun is unaware of Umur’s invitation. Malhun asks her guests to wait for a while, but Osman says there is no point in waiting any longer. While Umur awaits Nikola’s arrival in the forest, Togay and his soldiers start attacking. At the same time, Togay’s other soldiers attack Umur’s plain. When the Turkish archers start attacking, Umur manages to escape with injuries. Malhun and the soldiers try to defend the plain but Mongolians kill a lot of innocent people. Camuha orders his soldiers to retreat. Malhun tries to help injured people and children after the attack.

Osman returns to his tent and starts to think about where Umur is. Gunduz says that Umur is doing secret business. Meanwhile, an Alp comes from the plain of Umur and says that the Mongols attacked. Osman says that he will avenge this attack and immediately sets out to go to Umur’s plain. Umur realizes the result of his actions and regrets it. Togay returns to the base in the forest and thinks Osman knows of Umur’s attack plan. After a short while, Osman comes and says that he will avenge all the martyrs.

Nikola thinks about Togay’s attack and is delighted with his enemies killing each other. Nikola believes that Togay will attack Osman soon. Osman holds a meeting with Beys and thinks about why Togay had attacked. Umur regrets the mistake he made and is saddened by the innocent people who died. Malhun realizes that her father was going to attack Togay and asks him to tell Osman all the facts. While Osman is trying to strengthen the defense of the plain, a box sent by Togay arrives. Umur says that what he has done is irreparable and that is why they will migrate. Malhun objects to her father but cannot change his decision.

Umur goes to talk to Sheikh that night and tells him that he regrets it. Umur says he will leave this land because of his mistake, but Sheikh stops him. Edebali says that it is very easy to leave everything and immigrate, but it is difficult to stay and fight. Sheikh says that the Turks have nowhere else to go. While Togay performs a ritual, Camuha says the soldiers are ready to attack. The next morning, Malhun realizes that her father is not on the plain. Umur thanks Osman on his way back to the plain. Osman says he will not allow the Mongols to kill a Turkish Bey.

Umur says that from now on he will not stand against Osman and even support him. Umur asks Osman how he knows he will meet with Togay. Umur and Osman then return to the plain. Umur invites Osman to his tent and tells Malhun that he was going to meet Togay. Umur says that Osman saved him and starts talking about the future. Osman says that nobody will emigrate and the Turks will stay together. Umur says that he allowed Osman to marry Malhun for the future of two tribes. Malhun asks Osman a lot of questions about this marriage. Osman then proposes to Malhun to marry him and she accepts this proposal.